When it comes to selecting your dream wedding suppliers, there are a few factors to consider. Style, price, and what others have to say about their work! The suppliers featured in in this blog post all have over 100 reviews on weddingsonline. A lot of them are award-winning wedding suppliers and ALL of them are incredibly skilled and talented. Below is the write up from WeddingsOnline and link to my profile.

How? By taking the usual stand in the corner DJ and turning it on its head!!

Crazy crowd? He knows what to do. More sophisticated? Not to worry. Paudie’s infinite repertoire spans from swinging 50’s to rock around the clock, 80’s gems to rip it up on the floor, 90’s disco anthems to give even the biggest raver sore feet. Want some old school rock classics (ties at the ready), funk, soul, indie, jives, country and Irish right through to today’s radio foot tappers. Your guests won’t want to sit down as Paudie plays out hit after hit.

“Paudie was a pleasure to deal with start to finish!! Everyone was raving about him after the wedding and one of our friends tried booking him at the end of the night for her own wedding in July even though she had a DJ booked!! Dance floor was absolutely hopping from start to finish, couldn’t recommend him highly enough!” – Sarah and Gavin 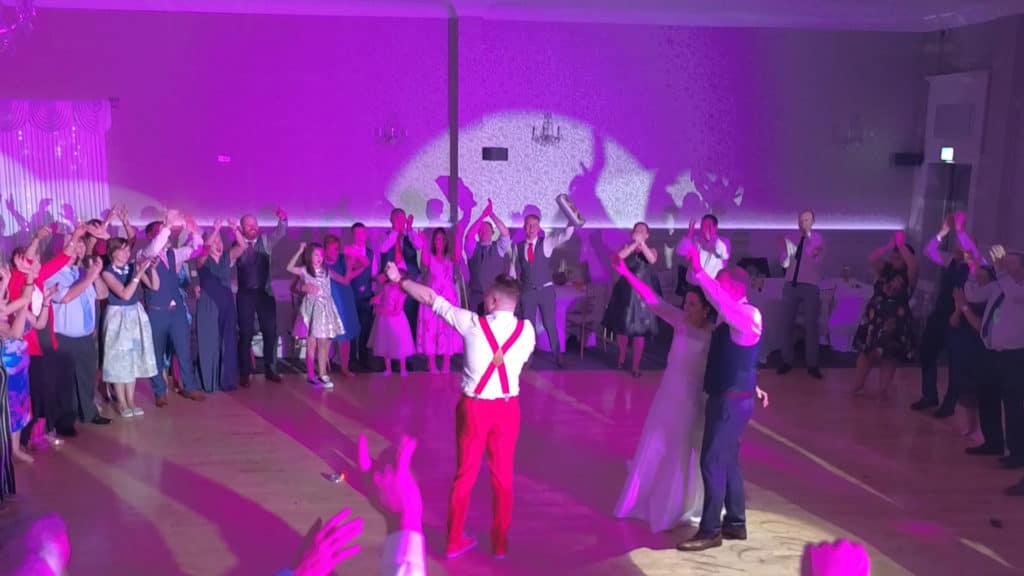